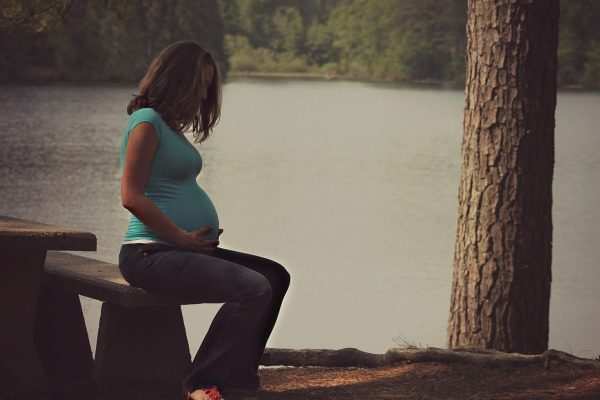 A higher level of a particular type of vitamin B during pregnancy makes infants have a lower risk of eczema at age 12 months, new Southampton research has shown. This is the finding of a study from the Medical Research Council Lifecourse Epidemiology Unit, University of Southampton and is the first evidence that links serum levels of nicotinamide in mothers with risk for atopic eczema in children. Nicotinamide is a naturally occurring form of vitamin B.

The researchers of this study believe that eczema is caused by conditions originating to the baby's development in the womb and these conditions when altered could reduce the risk for the skin condition. The study's lead researcher from the University of Southampton, Dr. Sarah El-Heis remarked, Nicotinamide cream has been used in the treatment of eczema but the link between the mother’s levels of nicotinamide during pregnancy and the offspring’s risk of atopic eczema has not been previously studied.. The findings point to potentially modifiable influences on this common and distressing condition.

The Wonders of Nicotinamide

Nicotinamide, also known as vitamin B3, is maintained in the body by the consumption of foods such as meat, fish, nuts, chicken, mushrooms and coffee as well as tryptophan, an amino acid commonly found in proteins. This vitamin along with other nutrients is important for energy metabolism and for boosting immune resistance.

The study which was published in Clinical and Experimental Allergy estimated the amount of nicotinamide and related tryptophan metabolites during pregnancy in 497 women that took part in the Southampton Women’s Survey. The researchers then looked at the rates of eczema in their children at ages 6 and 12 months. The results showed that children of mothers with higher than normal levels of nicotinamide had a lower chance of developing eczema at 12 months by 30%.

Nicotinamide is said to improve the elasticity, moisture and structure of skin and could possibly affect the disease process in eczema, the researchers have remarked. There was a gradual relationship between high nicotinamide levels and anthralic acid levels in mothers and a lower risk for atopic eczema. This suggests that the development of eczema was not prevented just by the presence of these nutrients.

According to Professor Keith Godfrey, Director of the NIHR Southampton Biomedical Research Centre in Nutrition, More research is needed to investigate this interesting association, but the findings are further evidence of the potential benefits of eating a healthy balanced diet during pregnancy.

What is biotin and much do you need it?

How to get rid of eczema

Five types of eczema you need to know about