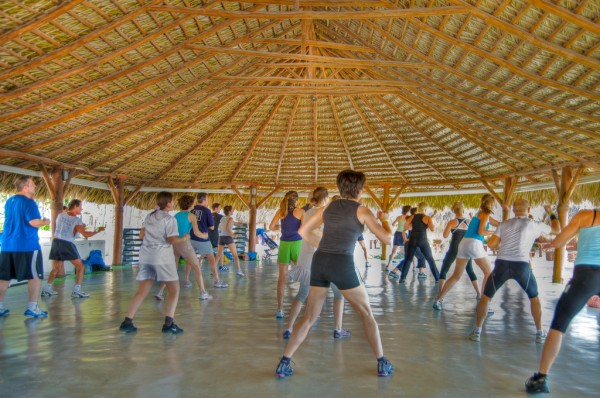 There is a common belief that aging makes your frailer. A recent study at the King's College London and The University of Birmingham published in the ˜Journal of Physiology' has challenged this notion. According to the result of this study one can age optimally by staying active. For this research, a study of old amateur cyclists was carried out and it was found that many of them has physiological functions that would place them at par with much younger individuals.

For this study, 84 male and 41 female cycling enthusiasts between the age of 55 and 79 were recruited. The aim of this study was to explore how the ageing process affects the human body and also to find out if certain physiological markers can be used to determine your age.

The reason why cyclists were chosen for the study was that the researchers wanted to exclude the effects of sedentary life which are known to aggravate health problems and cause changes in the body. These changes are commonly thought to be due to the ageing process. Another selection criterion was that the chosen men and women had to be able to cycle 100 km within 6.5 hours and 60 km in 5.5 hours, respectively. The study excluded smokers, heavy drinkers and those with high blood pressure or other health conditions.

The participants were made to undergo laboratory testing at King's following which their physiological profile was established. This profile included measures of cardiovascular, respiratory, neuromuscular, metabolic, endocrine and cognitive functions, bone strength, and general health and well-being. On top of these the participants' reflexes, muscle strength, oxygen uptake during exercise and peak explosive cycling power were also determined.

The results of the study were interesting. It was noted that in these active individuals the effects of aging were far from obvious. Only the maximum rate of oxygen consumption was seen to be the closest association with age, but even this marker could not identify the age of any given individual accurately. Another basic but important test of function was carried out. For this the time taken to stand from a chair, walk three meters, turn, walk back and sit down was measured.  Typically, taking more than 15 seconds to complete the task indicates a high risk of falling. Even the oldest participants for the study completed this task in less than 15 seconds.

The overall conclusion of the study was that ageing is likely a highly individualist phenomenon. Since, people are so different the researchers agreed that more studies are needed which follow the same healthy and exercising individuals over time to better understand the effects of ageing the body.

Dr. Ross Pollock, who is the lead author of the paper from King’s College London, said that an essential part of our study was deciding which volunteers should be selected to explore the effects of ageing. One of the big problems facing health research today is that the majority of the population is inactive. The fact is a sedentary lifestyle can cause physiological problems irrespective of age. Therefore, it is difficult to find out how much decline in bodily functions is due to the natural ageing process and how much is due to the combined effects of ageing and inactivity.

In human beings life span is not the primary measure. What is important is the quality of life. The years we spend in poor health and struggling with disabilities in old age have increased significantly.

Professor Stephen Harridge, senior author and Director of the Centre of Human & Aerospace Physiological Sciences at King’s College London where the study took place opined that since most of the population is largely sedentary, we have a tendency to assume that inactivity is the inevitable condition for humans. But, we know that our genetic inheritance stems from a period when high level of physical activity was normal. That is why it is important that we should be physically active if we want to maintain good health and wellbeing even in old age.

Human body is likely to experience some decline with age, but staying physically active can buy us extra years of function compared to sedentary people.