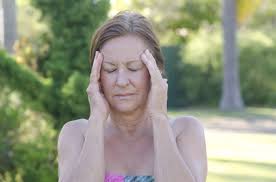 A study published online in the journal of The North American Menopause Society (NAMS) have revealed that post menopause, more than half of women may experience vulvovaginal symptoms that can have a big impact on their lifestyle, emotions, and sex life. These symptoms tend to travel with other pelvic troubles, like prolapse and urinary and bowel problems. Even though many women are suffering from it, they aren’t getting the needed help says the study.

358 women of the ages of 55 and above from primary care offices and senior centers were recruited by the researchers from Dartmouth, Yale, and the Connecticut Healthcare System to answer questions about common symptoms after menopause. The questionnaires had questions about not only about symptoms such as vaginal and vulvar dryness and irritation and their impact, but also about other menopause symptoms, other pelvic problems such as urinary urgency and urinary and fecal incontinence. Information about if they had seen a gynecologist, and what sort of treatment they had received was also sought.

The study, scheduled to be the April 2016 print edition of Menopause, was supported by grants from the Claude D. Pepper Older Americans Independence Center at Yale University School of Medicine and an award from the National Institutes on Aging.

Vulvar and vaginal problems like itching, burning, stinging, pain, irritation, dryness, discharge, or odor were very common. Almost 51% of the participating women said they had one or more of these and that the symptoms also had a significant impact on their lives. About forty percent of them said the symptoms posed emotional problems, and 33% said they had an impact on their lifestyle. Three quarters of the women who had an active sexual life among the participating women said the symptoms posed problems in their sex lives.

These postmenopausal problems are given a new name called – genitourinary syndrome of menopause” or GSM. Despite all these symptoms and the problems they cause, nearly a third of the women with symptoms (33%) had not seen a gynecologist in the last two years. What's more – almost 83% of them were not getting the standard GSM treatment, which is low-dose estrogen in the vagina through creams, pills, or rings.

NAMS Executive Director JoAnn V. Pinkerton, MD, NCMP remarked that this study demonstrates that there is an unmet need for postmenopausal women to have regular gynecologic visits. They must be aware of the vaginal and urinary health problems and must be proactive in seeking FDA approved safe and effective therapies to their problems. Women need to tell their healthcare providers about their genitourinary symptoms, and providers need to ask. The boxed warnings on the low-dose intravaginal estrogen therapies for GSM may have made providers reluctant to prescribe them and women to use them.

Dr. Pinkerton said that the boxed warnings prompt a level of fear that is out of step with these low-dose, local estrogen products. In fact, experts from NAMS and leaders from other scientific organizations have requested FDA to remove these warnings from the label information. The NAMS experts stressed that providers should exercise caution and evaluate the uterus if women develop bleeding as well as advising women to discuss the use of low-dose intravaginal estrogen with their oncologist if they have had cancer.

Dr. Pinkerton added that in order to diagnose these problems a pelvic exam and evaluation of the vaginal and vulvar tissues to look for atrophy, prolapse, or infection is needed. Safe and effective therapies are available and include not only the first-line, low-dose vaginal estrogen creams, tablets, or rings, but also ospemiphene, the new oral selective estrogen receptor modulator or SERM that treats painful intercourse.