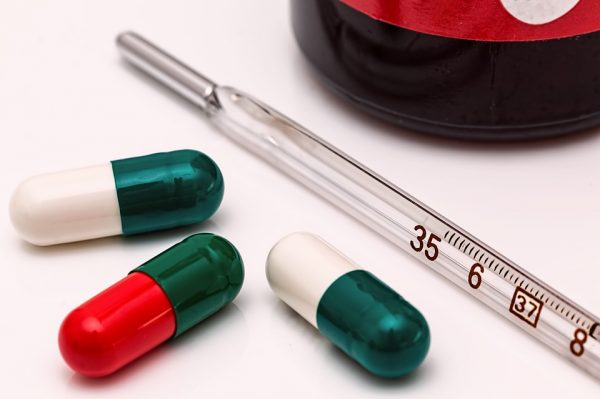 Drug resistant bacterial infections are the cause of death of about 700,000 people each year. Combating such drug resistant bacteria is important to the future of medical research. In a major step toward it, the life scientists at UCLA have found that combinations of three different antibiotics can overcome bacteria’s resistance to antibiotics. The report on the study was published recently in the journal Royal Society Interface. It reveals that this combination seem to work even if none of the three antibiotics on their own”or even two of the three together”is effective.

As a part of this study, E.coli was grown in a laboratory and the samples were then treated combinations of one, two and three antibiotics from a group of 14 drugs. The aim was to study how effective is every single combination of this drug to kill the bacteria. The biologists found that some combinations were successful is killing 100% of the bacteria, including 94 of the 364 three-drug groupings the researchers tested.

Pamela Yeh, the paper’s senior author and a UCLA assistant professor of ecology and evolutionary biology opined that the success rate could have been even higher if higher doses of the drugs were tested by the researchers.

A sophisticated framework created by Elif Tekin, the paper’s lead author and a UCLA graduate student, enabled the scientists in determining when adding a third antibiotic was producing new desired effects that couldn’t be achieved by combinations of just two drugs. Tekin opined that three antibiotics combination changes the dynamic. So far scientists didn’t explore the idea of three-drug combinations, but this study shows that it can have really beneficial effects.

Not all antibiotics work the same way – all have their own mechanism to fight bacteria. For example: one class, which includes amoxicillin, kills bacteria by preventing them from making cell walls. There is another class which disrupts the tightly coiled DNA of bacteria and the one suppresses their ability to make proteins. There has been little research in the past which explored the effect of combinations of three antibiotics on bacteria. The recent study reveals that the effect could be more potent together than any two of them.

According to Van Savage, a co-author of the paper and a UCLA associate professor of ecology and evolutionary biology and of biomathematics, there is a general tendency among people that there is no need to understand interactions beyond pairs. But, this research reveals that that isn’t the case always. In order to determine which group of antibiotic would be most effective, combination of techniques from biology and mathematics were applied by the researchers.

Yeh said it is important to choose the three antibiotics systematically and rationally. This research also found that sometimes adding a third antibiotic makes the combination less potent also. So, with a systematic approach, the findings of this study could become one weapon to fight drug resistant bacteria. However, she also adds, overcoming drug resistance will require a full arsenal.

Three-drug combinations will allow doctors to prescribe lower doses of each antibiotic, which could reduce side effects. In order to ensure that the benefits of this study are far reaching, researchers plan to make available open-access software that would let other scientists and clinicians decide which combinations of antibiotics will be most effective.