A new breakthrough work by the Swiss scientists was released in the publication “ Neuron. It reveals that the Swiss scientists have made use of a modern and cutting edge technology that enables them to stimulate neurons with light. In their experiment, they have been able to record, for the first time the synaptic transmission between neurons in a living animal.

AurÃ©lie Pala and Carl Petersen at EPFL’s Brain Mind Institute revealed that they used a novel technique known as ˜optogenetics' for the study. In the past ten years, this technique has developed greatly in the field of neuroscience.  The term ˜Optogenetics' comes from the Greek word ˜optos' which means visible. In this technique light is used to control neurons that have been sensitized to light. Broadly said, it is a neuro-modulation technique that used both principles from genetics and optics to control and monitor specific neurons in living animals in real time. The reason why such precision is imperative is that it will help in the study of hundreds of neurons which in turn will help scientists in understanding not only various higher brain function like behavior, thoughts, memory, etc., but also various disorders related to the brain. 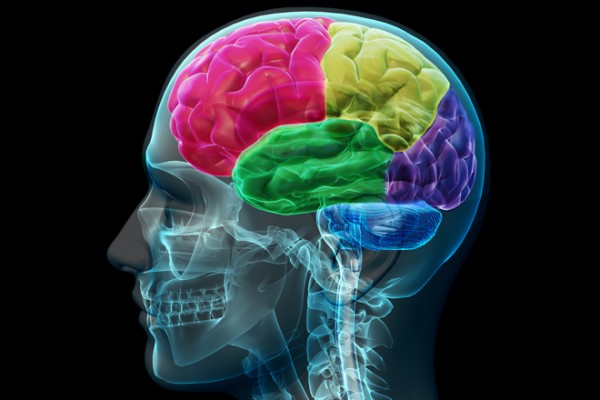 Neurons are the cells that form the nervous system. They have their own way of communicating by sending chemical signals to each other through junctions called synapses. These synaptic transmissions are crucial for the functioning of the brain and the spinal cord to process the several incoming stimuli and generate the right outgoing signals. The problem scientists have always faced is that they were unable to study synaptic transmission in living animals. They used artificial conditions which do not capture the real-life environment of neurons. With the breakthrough approach of the scientists at EPFL’s Brain Mind Institute, synaptic transmission in a live animal have been observed and measured for the first time ever.

So, how optogenetics works? In this technique, the gene of a light sensitive protein is inserted into live neurons. This genetically modified neurons then produces a light sensitive protein which typically sits on the outside of the membrane acting like a electric channel. When light is thrown on the neuron, the channel opens up thereby allowing electrical ions to come into the cell. With the induction of the electrical ions in the cells, the voltage balance of neuron also changes. When the optogenetics stimuli are strong enough, it can cause an explosive electrical signal in the neuron. Thus, by controlling the light, the neuronal activity can be controlled.

For the experiment, Pala made use of this technique in anesthetized mice. Single neurons located in the barrel cortex region of the mouse's brain were stimulated. These neurons are known to process sensory information from the mouse’s whiskers. Pala shone blue light on the modified neurons which activated them and they fired signals. Simultaneously, she also measured electrical signals in neighboring neurons with the help of microelectrodes which can record small voltage changes across a neuron’s membrane. With the help of these approaches, the researchers studied how the modified neurons connected to their neighboring connector neurons known as “Interneurons”. Typically, interneurons are usually inhibitory in the brain. That means that when they receive a signal, they make the next neuron down the line less likely to continue the transmission. The synaptic transmissions from light-sensitive neurons to interneurons were recorded and analyzed by the researchers. They also made use of an advanced imaging technique called two-photon microscopy which helped them to look deep into the brain of the live mouse. It also enabled them to identify the type of each interneuron they were observing studying.

The data revealed that the neuronal transmissions from the genetically modified neurons differed depending on the type of interneuron that was there on the receiving end.

AurÃ©lie Pala said that using optogenetics, further studies can be carried out to put together a larger picture of connectivity between other types of neurons in other areas of the brain. The scientists are now hoping to carry out similar experiment in awake mouse; they also want to explore other neuronal connections in the mouse barrel cortex.