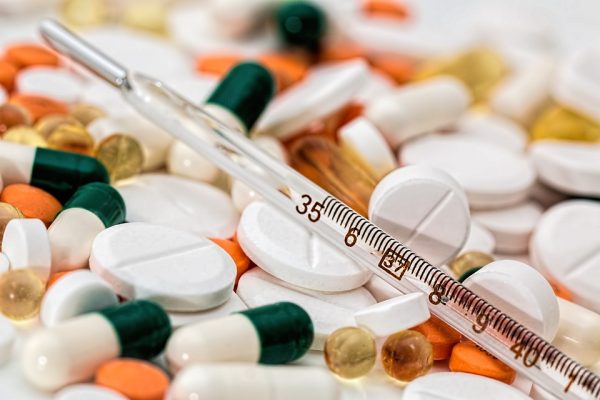 An international team of researchers, led by scientists at the Imperial College London have identified two genes that are switched on only when a child is suffering from a bacterial infection. This finding can let doctors easily distinguish between a viral or bacterial illness, which can help in identifying early cases of potentially deadly infections. The findings of the study were published recently in Journal of the American Medical Association (JAMA).

The researchers are now keen on developing a rapid test for use in hospitals and doctors’ surgeries. Conditions such as meningitis, septicemia or pneumonia caused by bacterial infections can be caught more rapidly with the help of such a rest. It will also prevent children with viral infections being unnecessarily prescribed antibiotics and hence aid in combating the threat of antibiotic resistance.

Presently, there is no quick method of distinguishing a viral and bacterial infection. In hospitals diagnosis is made by taking a sample of blood or spinal fluid, and seeing if bacteria grow in the sample. This process can take more than 48 hours and this time can be very crucial for a patient. Viral infections are more commons compared to bacterial infections, but the later can be deadlier in many cases.

Fever is one of the most common reasons why children are brought to medical care. But, sometimes a bacterial infection is thought to be a viral infection and this wrong diagnosis can be life threatening for them. Similarly, many children are admitted to hospital and receive antibiotics because there is no way to differentiate bacterial infection from a viral one,- but later it is confirmed that they are suffering from a virus.

Professor Michael Levin, from Department of Medicine at Imperial College London, who led the study opined that even though this research is at an early stage, the results show bacterial infection can be distinguished from other causes of fever, such as a viral infection, using the pattern of genes that are switched on or off in response to the infection. The next step is to transform our findings into a diagnostic test that can be used in hospital emergency departments or GP surgeries, to identify those children who need antibiotics.

For the study, 240 children with an average age of 19 months were studied by the researchers. These kids arrived at hospitals with fever across the UK, Spain, the Netherlands and the USA. Once it was determined Using traditional methods whether they were suffering from a viral or bacterial infection, the team studied the genes that had been switched on in the children’s white blood cells. A method known as RNA micro array which needs only a drop of blood to measure changes in 48,000 genes simultaneously was used. The team found two genes are switched on in bacterial infections. Further tests were carried out and it was found that these genes, called IFI44L and FAM89A, predicted a bacterial infection with 95-100 per cent accuracy.

Dr Jethro Herberg, senior lecturer in pediatric infectious diseases at Imperial, and co-author of the research remarked that since the threat of antibiotic resistant bacteria is larger than ever today, the need of today is to quickly distinguish a bacterial infection from a viral one. A rapid test based on the two genes identified in the study could transform pediatric practice, and allow doctors to use antibiotics only on those children who actually have a bacterial infection.

Vinny Smith, Chief Executive of Meningitis Research Foundation added that the latest development in the study is very exciting. Bacterial meningitis and septicaemia can kill in hours, and can leave survivors with life-changing after effects. Once we have a tool to rapidly determine whether an infection is bacterial or viral, it will enable faster detection and treatment of meningitis and septicemia.