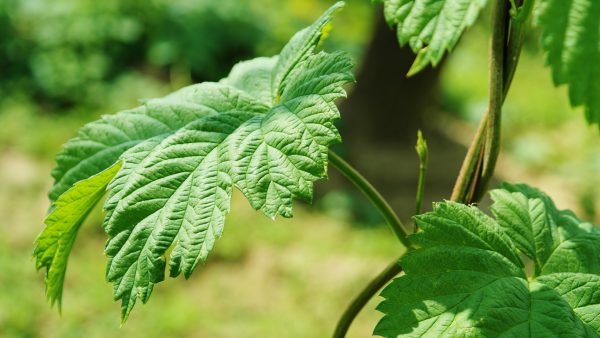 An enriched hops extract activates a chemical pathway in cells that could aid in the prevention of breast cancer, according to new laboratory findings from the UIC/NIH Center for Botanical Dietary Supplements Research at the University of Illinois at Chicago.

Natural plant dietary supplements similar to hops have ended up more preferred among females for postmenopausal symptom relief, as they are perceived as a safer alternative to hormone therapy, which has been linked to accelerated hazard of breast cancer. However, the efficacy and toxicity of botanicals are still being studied.

The research team led by Judy Bolton, professor and head of medicinal chemistry and pharmacognosy within the UIC College of Pharmac, utilized hops extract to 2 different breast cell lines to see if they might impact estrogen metabolism, a key mechanism in breast cancer. One compound, 6-prenylnarigenin, or 6-PN, stimulated a pathway in the cells that has been linked to a reduced risk for breast cancer. According to Bolton, We need to further explore this possibility, but our results suggest that 6-PN could have anti-cancer effects.

Moreover, Bolton and the other researchers studied 8-prenylnarigenin (8-PN), isoxanthohumol (IX) and xanthohumol (XH) for their effects on estrogen metabolism in the breast cells. According to her, 8-PN showed little increase of metabolism in breast cells, at the same time while the other two compounds did not have great results in either cell line.

The incidence of breast cancer started out lowering in the year 2000, after increasing during the previous twenty years. From 2002 to 2003, the incidence declined by 7%. Some believe the drop was partly due to lowered use of hormone replacement treatment, or HRT, after the Women's Health Initiative study suggested a link between HRT and expanded breast cancer risk. Exposure to estrogen has long been linked with postmenopausal breast cancer chance, especially based on the 2002 document.

The results of this study are published within the journal Chemical Research in Toxicology.