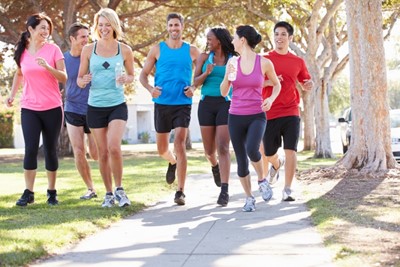 If you suffer from depression symptoms that don’t abate, or don’t abate entirely, with conventional treatments, you’re not the only one. Treatment-resistant depression is very common. Thirty to 40 percent of the 13 to 14 million Americans who are diagnosed with depression each year won’t experience full recovery, or any recovery, with standard SSRI treatment.

While SSRIs are great for those who respond to them, for those who don’t respond to these drugs the prospects can be grim. Without treatment for your depression, you’re at a greater risk of substance abuse and suicide or suicide attempts. Even if you don’t succumb to substance abuse or act on suicidal thoughts, you’re still left living with the misery of untreated depression. But if SSRIs aren’t working for you, there’s hope. Exercise, meditation, cognitive-behavioral therapy, acupuncture, and a new treatment known as ketamine infusion therapy have all been shown to bring relief for treatment-resistant depression.

Exercise has many health benefits, but did you know it can also treat mild to moderate depression? A recent review of research going all the way back to 1981 found that regular exercise can treat mild to moderate depression and may even help relieve the symptoms of severe depression. Researchers believe it’s because exercise stimulates the production of feel-good hormones called endorphins, which improve mood, reduce your perception of pain, and boost your immunity. Exercise can also cause your brain to produce norepinephrine, a neurotransmitter that works to elevate mood.

Aerobic exercise is best for treating depression symptoms, but it doesn’t need to be vigorous; maintaining a brisk walking pace is sufficient. You’ll need to exercise for at least 35 to 60 minutes a day for at least five days a week in order to feel mood benefits from exercise. 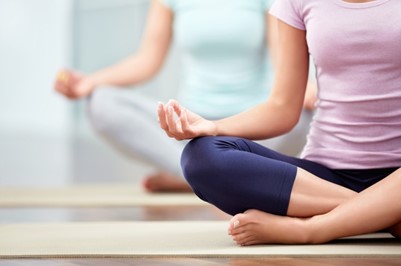 Meditation benefits the brain in just as many ways as exercise benefits the body. A Johns Hopkins-led review of 18,000 studies found that mindfulness meditation was just as effective as antidepressants at treating depression symptoms. Overall, researchers found that just eight weeks of mindfulness meditation practice was enough to bring about an improvement in symptoms. Of course, the longer you practice regular meditation, the more your symptoms will improve. Meditation, like antidepressants, is most effective when paired with other treatments.

Cognitive-behavioral therapy (CBT) is one of many effective psychotherapies for depression treatment. CBT teaches depression sufferers to identify and root out unhealthy patterns of thought, feeling, and behavior that can lead to depressed mood. In CBT, you’ll learn to make real change to distorted patterns of behavior and thought that lead to depressed feelings, while learning healthy, productive ways to cope with the normal challenges of life. CBT is most effective when combined with another form of treatment, such as ketamine infusion therapy, meditation, exercise, or all three.

Acupuncture is an ancient Chinese medical practice that uses thin needles to remove blockages in the qi, or life energy, that flows through the body along meridian lines, according to traditional Chinese practitioners. While the traditional theory of why acupuncture works may or may not be valid, Western research suggests that acupuncture may be an effective treatment for depression. According to one study published in the Journal of Alternative and Complementary Medicine, acupuncture can improve depression symptoms just as dramatically as SSRIs, and improvement occurs much more quickly, with patients experiencing symptom relief after just two weeks of treatment.

Are you struggling with treatment-resistant depression? Have SSRIs failed you? Well, you’re not out of options. There are many effective alternative and complementary treatments for depression. By combining one or more alternative treatments with psychotherapy, you could experience the symptom relief you so desperately need.