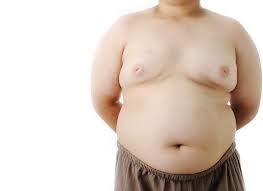 The rapid rise of obesity in children and youths in the recent years is a big cause of concern.  Obesity is among one of those diseases that is easy to recognize but, is quite difficult to treat. A combination of lifestyle changes, diet as well as exercise is recommended to combat it. Overweight children are likely to grow into overweight adults, unless they seriously do something about it. The concern about obesity in children and teens is more because obesity can lead to various health problems in later life in the concerned individual. Such health problem include heart disease, type 2 diabetes, asthma, sleep apnea, etc. Obese people also suffer from a lack of confidence.

Dr. Ron Sigal of the University of Calgary’s Institute for Public Health and Libin Cardiovascular Institute of Alberta said that obesity is an epidemic among youth. He added that adolescents who are overweight are typically advised to exercise more, but there is limited evidence on what type of exercise is best in order to lose fat. 80% of overweight youth generally continue to be obese as adults and that adversely affects the quality of their lives and also leads to chronic disease problems.

In order to fight obesity in an effective manner, various researches are going on. In a study that is published by the JAMA pediatrics recently, it is revealed that the best exercise program to fight the epidemic of teen obesity is a combination of aerobic exercise and resistance training. This study known as HEARTY (The Healthy Eating Aerobic and Resistance Training in Youth) was led by researchers at the University of Calgary and the University of Ottawa. It involved 304 overweight teens from the Ottawa/Gatineau area between the ages of 14 to 18. Each of them was given the same 4 week diet counselling that would help them to eat healthy and lose weight. They were then randomly placed in four different groups. The first group was made to perform resistance training that involved weight machines and they also did some free weights. The second group performed only aerobic exercise on treadmills, stationary bikes and elliptical machines. The third group was made to do a combination of aerobic and resistance training while the last group did not perform any exercise.

The study revealed that each type of exercise reduced body fat significantly as compared to the diet only group. Those youths who did at least 70% of the exercise prescribed to them did register a significant weight loss. However, the best results were from the group who did a combination of aerobic and resistance exercise.

All the participants in the exercise program were asked to train 4 times a week for 22 weeks at community based facilities. The changes that occurred in the body were periodically measured using Magnetic Resonance Imaging (MRI) machines. Since, aerobic exercises such as cycling or jogging can be challenging for overweight people, resistance training is more attractive as gains in strength come much more quickly than gains in aerobic fitness.

Researchers working on this study are hopeful that this study will help in combating childhood and teenage obesity effectively and will help in designing a consistent, long-term strategy on dealing with the problem.