What Causes The Stomach To Growl When Hungry?

Did you ever wonder why whenever you feel hungry your stomach growls? Hunger and an absence of food in the stomach leads to stomach upset. Stomach upset can occur at any time, on an empty or full stomach. Growling can be heard coming from the small intestines and doesn’t only come from the stomach.

When the stomach and intestines are empty, the growls are typically louder and so the organs’ contents don’t dampen the noise.

The physiological source of this rumbling comprises of muscular activity in the small intestines and stomach. In general, the gastrointestinal tract wall is primarily composed of layers of smooth muscle and is a hollow tube that runs from the mouth to the anus.

When the walls are activated and get squeezed, they generate a rumbling noise. The rumbling noise is due to the tract’s contents to mix and boost food, gas and fluids through the stomach and small intestines.

Peristalsis is the term for squeezing of the muscular walls. It comprises a loop of contraction moving aborally (away from the oral cavity) towards the anus a few inches at a time.

The rhythmic fluctuation is the results of the generation waves of peristalsis. A result of inherent activity of the enteric nervous system, which is found in the walls of the gut is the fluctuation called the basic electrical rhythm (BER). At a regular rhythm (three and 12 times per minute, respectively), in a manner similar to, but slower than, the rhythmicity of cardiac muscle in the heart the BER causes the muscle cells of the stomach and small intestines to activate. The hormonal factors and autonomic nervous system can modulate this BER.

Though the stomach and small intestines have been empty for approximately two hours, their activity increases and the rate and force of peristalsis also typically increases in the presence of food. The cause for a reflex generation of waves of electrical activity (migrating myoelectric complexes, or MMCs) in the enteric nervous system is that the receptors in the walls of the stomach sense the absence of food. These MMCs lead to hunger contractions and travel along the stomach and small intestines. Such hunger contractions disseminate along the entire length of the gut, sweeping to the terminal ileum and start in the antrum, or lower region, of the stomach. MMCs clear out any and all stomach contents these and keep them from gathering at any one site. These include clearing mucus, remaining food stuff and bacteria.

The contractions also produce the rumbling noise and vibrations associated with hunger. Once commenced, hunger contractions may continue for 10 to 20 minutes and repeat every one to two hours until the next meal is consumed. After the last meal, it may continue for a few days before gradually subsiding. These are not the same as hunger pangs, which start at 12 to 24 hours. Low blood sugar boosts this activity. Using an intravenous infusion of the hormone motilin the activity can also be prompted. The MMCs subside after feeding.

Tips for a flat stomach

What You Need To Know About Heartburn 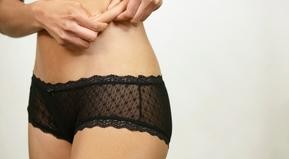