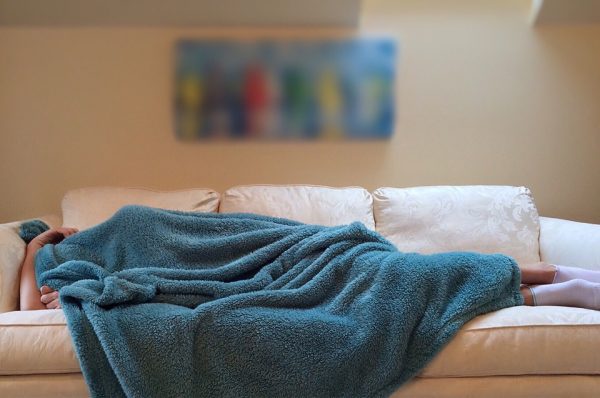 It is an established fact that circadian rhythm, which is our internal clock, regulates our eating and sleeping schedules. But, a new research study from the scientists at the University of Alberta reveals that our circadian rhythm has a much more important role to play than previously known. According to the new study, the results of which were published in the journal Current Biology, circadian rhythms have an important role in the normal development of an organism.

Co-author of the study Kirst King -Jones who is also an associate professor in the Department of Biological Sciences remarked that having this clock is an evolutionary advantage because it helps us to anticipate a change before it happens. Changes like temperature fluctuations, the approach of day or night, and nutrient availability can be anticipated by our biological clocks and thereby it helps in adjusting our physiological processes accordingly.

Francesca Di Cara, the study’s lead author explained that just like in insects, the circadian machinery is present in different tissues in mammals as well. To put it in layman language – there is one general master clock in the brain which controls the entire body- but, each tissue or organ also have a circadian rhythm in order to regulate different processes.

It is seen that in human patients who suffer from genetic disorders, the clock machinery is disrupted and the affected person exhibit a number of negative health consequences which includes abnormal sleep patterns, low energy levels, and impaired immune functions. It has also been noted that such disorders always affect both the central and tissue-specific clocks, which leads to one crucial question: what would happen if a single clock in a specific tissue were disrupted, leaving all other clocks intact?

The reason for selecting the steroid-producing tissue was that the communications between the master clock in the brain and the smaller tissue-specific clock happen through the release of hormones, including steroids and insulin. Another important about steroids is that they help in advancing the insect development through pulses that trigger the next developmental step in the insect’s life, such as the metamorphic transition from larva to pupa. The situation is similar to humans where sex steroids are involved in the onset of puberty.

The findings of their study were quite intriguing. It was found that when a specific circadian gene was disrupted across the whole body, it resulted in the fly becoming arrhythmic but was otherwise completely fine. But, when the same circadian gene was perturbed in just one tissue, it arrested the insect’s development at the larval stage. It is then unable to produce sufficient steroids to advance to the next life phase.

King -Jones remarked that the results are quite dramatic as these flies due as larvae and are unable to complete development. So, it means that when a single clock in a specific tissue stops working, it harms the body more than the situation when clocks throughout the body are damaged.

Di Cara remarked that with this study, a little bit of the interaction network in these insect steroid-producing cells has been explored. It is just the beginning of a series of studies that will define what is happening in the pituitary glands – as they are involved in the rhythmic regulation of certain steroids in humans.

Looking for an effective way to improve sleep. We’ve got you covered with this sleep treatment.