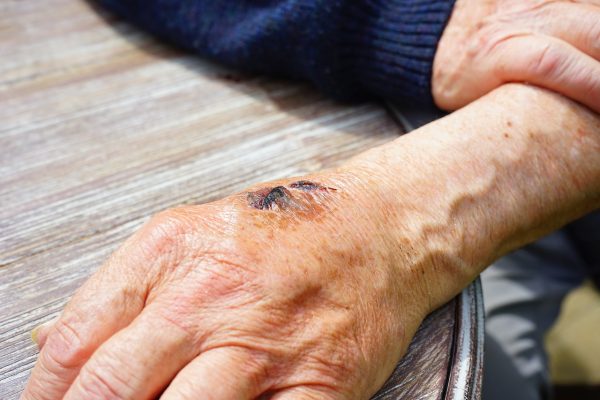 Utilizing new and innovative immune-therapeutic approaches to silence “don’t eat me” signaling proteins which are identified via specialised cells of the immune process, University of California, Irvine molecular biologists and their colleagues have recognized an amazing strategy to combat metastatic melanoma.

Led by Alexander D. Boiko, UCI assistant professor of molecular biology & biochemistry at the Ayala School of Biological Sciences and the Sue and Bill Gross Stem Cell Center, the investigators discovered that blockading the cell surface protein, CD47 (known as a “don’t consume me” signal), on melanoma cells, accelerated the degree in which these cells have been phagocytosed, or “eaten,” by macrophages.

The group additional discovered that blockading CD47 in blend with concentrating on a second cell surface protein, CD271, previously found to be expressed on melanoma initiating cells, resulted in basically complete inhibition of metastases bobbing up from human melanoma tumors transplanted in mice. The results appear in the Aug. 9 in Cell Reports.

The cell surface protein CD47 was once known to be overexpressed by metastatic melanomas, which helps them  to avoid being eradicated by the organism’s immune system. CD271, then again, had been previously shown to mark a cell population in melanomas which are responsible for tumor initiation and metastatic spread of this aggressive melanoma. For the present gain knowledge of, Boiko and his research team conjectured that metastatic melanomas relied on the overexpression of both proteins to fool the immune process and spread to the different areas of the body.

To experiment with this hypothesis, Boiko and his colleagues used precise blockading antibodies towards CD47 (to prompt macrophage phagocytosis) and CD271 (to selectively target the most aggressive melanoma cell population). When mice bearing human metastatic melanomas were handled with this antibody regimen, researchers learned that simultaneous application of antibodies towards CD47 and CD271 resulted in removal of metastasis from all organs of experimental mice. Boiko’s group has further discovered that this therapeutic effect used to be mediated by profound alteration of the microenvironment surrounding the tumors, inflicting immune cells to battle cancer extra effortlessly.

Boiko remarked, Further research is needed to determine the full anti-metastatic properties of the dual CD47/CD271 antibody therapy and the safety of its application in human patients. However, combining this therapy with other emerging treatments that also modulate the immune system represents a new approach that may offer increased benefit against metastatic melanomas. These are very exciting times for the cancer immunotherapy field and we are aiming to add an important component to this type of treatment, which will hopefully translate into a more effective outcome for patients.