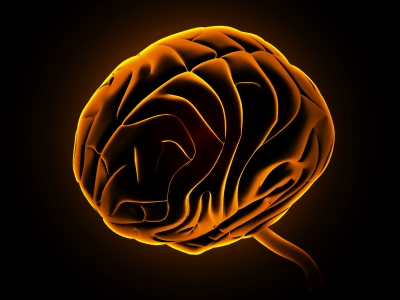 Brain electronic implants can monitor temperature and pressure within the skull and then melt away when no longer needed.

A new class of tiny electronic implants monitor temperature and pressure within the skull (which are important parameters after brain injury or surgery) which then melt away when no longer needed. This eliminates the need for another surgery to remove the monitors, which thereby reduces the risk of infection or hemorrhage.

The study, led by John A. Rogers, who is a professor of materials science and engineering at the University of Illinois at Urbana-Champagne, and Wilson Ray, a professor of neurological surgery at the Washington University School of Medicine in St. Louis, was published in Nature last January 18.

This is a new class of electronic biomedical implants, said Rogers. He said that these kinds of systems have a very flexible potential in terms of usage in clinical practice, where the therapeutic or monitoring devices are usually implanted or taken in, perform a specific function, and then get reabsorbed into the body in a harmless way after their function is no longer deemed as necessary.

For example, in the case of a traumatic brain injury or after a brain surgery, it is of utmost importance to monitor the patient's brain for swelling and pressure. Current technology that is being used for this is quite bulky and invasive, Rogers states, and that the wires being used in these devices kind of restrict the patient's movement, thereby also hampering physical therapy as the patients recover. The present devices that are used also require continuous, hard-wired access to the head, which means that this type of technology has other risks such as allergic reactions, infection and hemmorhage, and could sometimes even worsen the inflammation that they are supposed to be monitoring.

The new devices developed by Rogers and team however, use dissolvable silicon technology. The sensors are just about the size of a grain of rice, and are also built on thin sheets of silicon which are naturally biodegradable. These sensors are configured to function for a period of a few weeks, and then harmlessly and completely dissolve in the patient's own bodily fluids.

Rogers teamed up with Illinois materials science and engineering professor Paul V. Braun to produce the silicon platforms in such a way that they are sensitive to clinically relevant levels of intracranial fluid pressure around the brain. In addition, they also put a temperature sensor and connected it with a wireless transmitter that is almost the size of a postage stamp, which is implanted on top of the skull and under the skin. These devices were tested on rats and matched readings found in conventional devices.

Rory Murphy, a neurosurgeon at Washington University and also a co-author of the paper, says that the ultimate strategy is to have a device that you can place in the brain, or in other organs of the body, that is entirely implanted, intimately connected with the organ you want to monitor and can transmit signals wirelessly to provide information on the health of that organ, allowing doctors to intervene if necessary to prevent bigger problems. After the critical period that you actually want to monitor, it will dissolve away and disappear.

The teams are currently working toward using this technology in human trials, as well as improving its functionality for other clinical applications.

Treating a Concussion: How to Know and Manage a oncussion