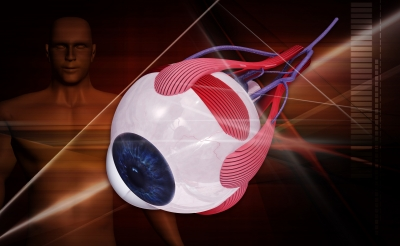 In a large study recently conducted, previously unknown risk factors for a cornea-related condition called keratoconus have been revealed. This condition causes severe progressive nearsightedness even at early ages.
Keratoconus makes the cornea, which is the rounded and clear covering of the eye, weak, making it cone-shaped as time passes by. Previous researches have produced treatments for this disease, but most who have this disorder are usually not diagnosed early enough to be able to benefit from these treatments.

The study was published in the journal Ophthalmology by researchers from the University of Michigan Health System's Kellogg Eye Center and the U-M Institute for Healthcare Policy and Innovation. Their research was able to show that men, African-Americans and Latinos, and people with asthma, sleep apnea or Down syndrome have higher chances of developing keratoconus. On the other hand, females, Asian-Americans, and people who have diabetes look like they have a lower chance of developing the disease.

The research was inspired by the problem of whether the changes to the eye brought about by keratoconus have effects on other parts of the body. Studying the relationship between eye disorders and other health conditions has been made easier because of the presence of many data troves.

Maria Woodward, M.D., assistant professor of ophthalmology at U-M Medical School and also the first author of the study, says that eye health relates to body health, and as ophthalmologists, they need to take care to look at other parts of the body, and not just the eyes.

Data was taken from the insurance claims of around 16,000 people, half of which have confirmed keratoconus, and the other half of which have similar symptoms but no keratoconus. Doing this allowed the researchers to see which factors play a role in developing keratoconus. The patients involved in the study mostly was composed of people who were in their 30s or 40s.

The study was able to confirm previous suspicions raised in smaller studies, such as the fact that men were more likely to develop keratoconus. Another is that patients who already had Down syndrome were around 6 times as much to develop this condition. This further promotes the high importance of screening and treating people with Down syndrome, even from a young age. Other conditions found to be positively correlated with developing keratoconus are sleep apnea and asthma.

Other factors though were revealed for the first time. People who are of African American or Latino origin were 50% higher in terms of risk as compared to whites. And further investigation revealed that those of Asian descent were 39% less likely to develop the condition, which actually contradicts previous researches.

Regarding the effect of diabetes, there has been some debate over its protective effects for some time. Even though diabetes causes a number of negative effects to the eye, such as glaucoma and the like, the cornea may otherwise be strengthened because of those other changes. The new study showed that people with diabetes were 20% less likely to develop the condition, and even lower for those with complications from diabetes.

An important note by the researchers is that the data was solely based on medical insurance claims, which is why they are not able to see the cause and effect of the conditions. Consequently, their findings also do not apply to those who not have medical insurance and therefore less access to medical care.