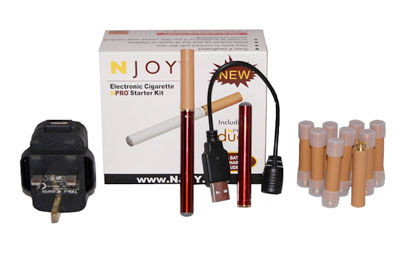 Smoking is certainly dangerous to our health. This is because this bad habit can cause lung disease and cancers. Recently, a lot of devices have been developed to curb smoking, one of which is the electronic cigarette or e-cigarette.

An e-cigarette is a battery-operated device that simulates cigarette and cigar smoking. This device consists of a heater that generates smoke, which is in fact, is the vapour of a liquid solution inside the device. The liquid inside an e-cigarette contains a mixture of nicotine, flavourings and other substances that can mimic the natural flavour and aroma of smokes tobacco. The user smokes the e-cigarette as he would a usual tobacco-lade cigarette.

A lot of people have debated on whether e-cigarettes have negative effects on our health. This is because they claimed that since e-cigarettes contained nicotine, the user is not free from nicotine addiction. However, the truth is, e-cigarettes can be quite effective in smoking cessation, especially among long-term smokers. Why is this so? Here are some reasons.

First of all, using e-cigarettes can still permit a person to enjoy smoking”without that particular unpleasant odor associated with cigarette smoking. If you have noticed, people who smoke cigarettes have that distinctive smell; perhaps you have noticed that smell on you too if you used to smoke cigarettes. That distinctive smell can last from hours to days and cannot easily be removed, making you isolated in social gatherings. E-cigarettes lack that characteristic smell because the vapour it releases does not contain tar and other chemicals that result from burning tobacco. Tar and these chemicals can cling to walls, clothes, skin, furniture and the like, permeating the air with that particular smell. With e-cigarettes, you enjoy smoking without smelling bad.

Another reason to switch from tobacco smoking to e-cigarette smoking is that e-cigarettes are much cheaper than cigarettes and cigars. Due to taxes, cigarettes are becoming more costly nowadays. As for e-cigarettes, although the starter kit may cost a bit higher, the cost per month of smoking it is about 50% lower than when you smoke traditional cigarettes. They are cheaper because these devices are not subjected to tax.

E-cigarettes are also considered safer than traditional cigarettes. Aside from burning issues and fire hazards associated with its use, traditional cigarette smoke contain tar and other chemicals that can cause cancers and lung problems. If you use e-cigarettes, you do not worry too much about burning or fire hazards or cancers and other diseases. The vapour in e-cigarettes may contain nicotine minus the toxic substances associated with cigarette smoke.

A part of smoking rehabilitation programs involves weaning the person from smoking through the use of nicotine replacements such as chewing gums and tablets. This is done to maintain steady levels of nicotine in the blood so that unpleasant withdrawal side effects such as headaches, irritability and depression are not observed. The nicotine dose is slightly tapered off. With e-cigarettes, there are no withdrawal symptoms, and smoking them could also be tapered.

E-cigarettes don't place hazards to your health. They don't cause diseases associated with traditional cigarettes smoking such as hypertension, diabetes, heart disease, stroke, COPD, cancers, osteoporosis, dementia and many more. Its use may also be effectively incorporated in many smoking rehabilitation programs because these devices contain nicotine that does not give withdrawal symptoms to the long-term tobacco user.