There has been a substantial increase in number of asthma occurrence in the West in the past fifty years. During the same period there also has been a substantial change in the people's eating habits. Today, the Western diet consists of even smaller amounts of fruits and vegetables which in turn mean less fermentable fiber in their diets.

As a result, the fiber content in their diet is considerably less than required. The increase in number of people and a substantial decrease in dietary fiber now don't seem like two separate occurring.There seems to be a close connection between the two. A new research by Swiss National Science Foundation shows that the bacteria present in the gut ferments the fiber in one's diet and as a result, fatty acids enter the blood, which in turn influence the immune response in the lungs.

Research in the past have revealed that the gut bacteria can play an instrumental role in preventing intestinal cancer, but that it also has an influence on the lungs is a new finding. These results were deduced after a Swiss research team tested by feeding mice on low fiber diet which is easily comparable to the western diet which has less than 0.6 % fermentable fiber in it. When these mice were exposed to house dust mites they showed strong allergic reaction in their lungs than the mice with standard diet. It thus, establishes that dietary fiber has a more important role in preventing asthma than known previously.

How can fiber help?

How dietary fiber helps in protecting against asthma is explained by the researchers in terms of a chain reaction. They say it due to a multi-level reaction chain. The dietary fiber when consumed travels from the mouth to the stomach and then to the intestine. Here they are transformed into short-chain fatty acids. When these acids finally enter the blood stream, they cast an influence of the immune cells that are present in the bone marrow. When exposed to house dust mites, these immune cells travel to the lungs and trigger an allergic response that is weaker. (See also: https://www.doctortipster.com/1120-asthma-causes-and-symptoms.html)

These finding are relevant to humans even if the experiment was carried out on mice. This is because of two reasons. Western diets are low on dietary fiber, in fact lower than what was given to the mice in the said experiment. Also, the aspects that were examined in the mice experiment are as same as in humans. These results have paved the way for more research in order to find out if a diet that is rich in fermentable fiber can have a significant effect on allergies and inflammations.

We are all aware of the benefits of having more fruits and vegetables in our diet, these results gives us yet another reason to add more dietary fiber. While most fruits and vegetables have fermentable fiber, some good sources include leeks, dandelion greens, onion, garlic, bananas, yams, chicory roots, barley, etc. Supplements that contain fructo-oligosaccharides (FOS) are also instrumental in feeding good gut bacteria. 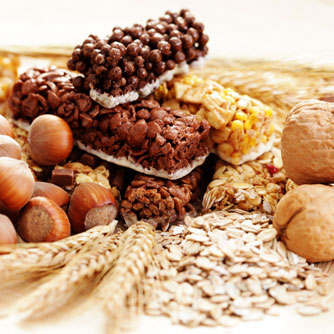 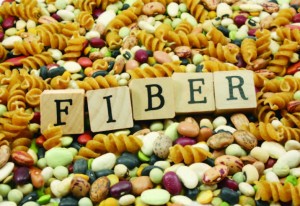 Insoluble fiber forms the bulk of the feces and facilitates its movement, thereby reducing constipation. It is richly found in wheat products, beans, seeds, nuts, and vegetables.

Other benefits of dietary fiber

The consumption of fiber comes with many benefits including the following:

Fiber softens and increases the bulk of the waste being removed from the body to make it easier to be passed out from the system. In case the stool is water, dietary fiber can aid in its solidification thus preventing diarrhea as well.

Diabetics often benefit from fiber as it brings down the absorption of sugar in the blood.