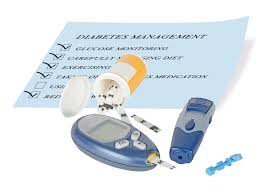 One of the most basic, but often overlooked, medical tests that every woman should take is their blood pressure. Millions of people suffer from high blood pressure and it is one of the biggest killers of women worldwide. Monitoring your blood pressure is an integral component of guarding your health against heart disease. In many cases, there are no warning signs or symptoms when it comes to high blood pressure and many people often have early signs of it with no physical ailments. As a general health rule of thumb, 120/80mmHg is considered normal blood pressure. If you should score under or above this score, there may be need for further testing. Checking for high blood pressure should be a test that is performed at least every two years. For women that are on birth control, a screening should be done more regularly as their intake can potentially affect blood pressure. For self-tests at home, the optimal time is early in the morning before outside sources affect your stress levels. During the actual procedure, an inflatable strap is placed around the upper part of your arm and then a stethoscope near the inner part of your elbow. Once the cuff is properly inflated, a reading is taken as it gradually deflates. You can also do the test at most pharmacies.

Millions of women develop type 1 or type 2 diabetes every year and if left untreated, it can lead to heart and kidney disease and a host of other illnesses as nerves and blood vessels are damaged. From the age of 35 onwards (and even as early as 20 if your family suffers from a history of diabetes), screenings should be done. If you suffer from obesity or even if you are overweight, you should check more regularly as this is just one of the high-risk factors associated with diabetes. Others include significant weight around the mid-section, high cholesterol levels, and if you are of Asian, Pacific Islander, or Middle Eastern lineage. During the test, your fasting plasma glucose is measured from your previous night’s activity. If you are tested and the results return as borderline for diabetes, n oral glucose test may be administered. If you also suffer from thrush infections you should specify that you wish to be tested against diabetes, as this is known as a symptom common in diabetic individuals.

Women should regularly self-test in the shower against breast cancer as young as their mid to late teens. Breast cancer screening is one of the most essential tests any woman can take especially after the age of 40. If a mother or grandmother had breast cancer, testing should start earlier. From the age of 40 on, a screening should be done at least every two years as early detection is the best way for effective treatment. During a biopsy, the breasts are compressed between plates as images are to to detect abnormal amounts of calcium in the breast tissue. The best time to have a screening is a week to ten days after your last period.

Pap smears are widely viewed as one of the most uncomfortable procedures a woman can go through but they should make it mandatory. Pap smears should be performed every two years after a woman becomes sexually active to test for cervical cancer. Research has shown that having a test at this interval can reduce risk by nearly 90%. Even with impressive odds such as these, it is also reported that the majority of women do not have regularly scheduled pap smears. During the test, a speculum is placed into the vagina as the gynecologist takes a closer view of the cervix area. From there, a swab is run through the area. The procedure takes about a minute and then the cells are examined in the lab and any abnormalities are reported within two weeks.

Skin cancer should be identified as early as possible to treat against melanoma or even death. Skin testing should be done as early as the mid-20s depending on the family history and the type of skin involved. Moles on the body should be checked periodically for any malignancy. In some cases, mole mapping should be done for those that look particularly suspicious.