Unfavorable side effects are often the drawback of current treatments. A new method used for cancer treatment called antibody-based immunotherapy holds promise. This method showed an alternative way of drug administration that has the desired effect on cancer cells but is less harmful on normal body cells.

Currently, antibody-based immunotherapy is being used to treat bladder cancer and melanoma. In this method, administered drugs will stimulate the body's immune cells to kill cancerous cells. On the other hand, the major drawback of the treatment is that the injected drug in the bloodstream will result in whole body exposure and thus lead to unfavorable side effects.

Alternatively, the drug would be administered directly inside or adjacent to the cancerous cells, given that this also stimulates immune cells as expected. In the current study at IGP by Sara Mangsbo and her research group, it was revealed that a localized immune stimulation within the area of the tumor had that similar tumor-suppressing ability as when the drug was administered through the blood stream.

Sara Mangsbo remarked, We tested the therapy in a model bladder cancer system and discovered that even if it was distributed locally, it could activate the immune cells to locate and destroy the tumor cells. These outcomes are highly promising as they denote that whole body immune system stimulation is not required, but merely the tumor area should be treated. This approach can minimize the adverse side effects of the drug.

The potential lies in the fact that, the immune cells, not the drug itself, could identify possible metastases and remove them. Further research is needed to understand this process. The current findings are derived from studies in mice; clinical research is required to determine if localized administration of drug into the cancerous cells can minimize side effects, as compared to injections into blood.

Researchers in Lund and Canada collaborated for this study, which was recently featured in the European Journal of Immunology. 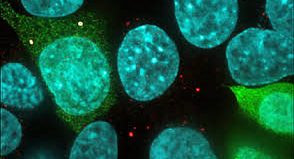 New Immunotherapy May Be Key to Hodgkin Lymphoma Treatment