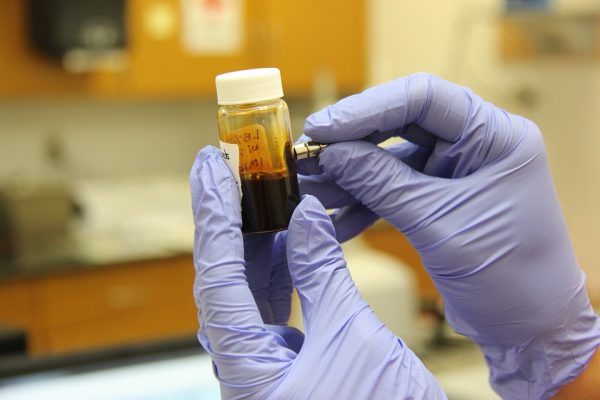 MPS I is a rare inherited metabolic disorder caused by the deficiency of a key enzyme called alpha-L-iduronidase (IDUA). This enzyme plays a key role in breaking down complex sugars in cells and its deficiency results in abnormal accumulation of sugar debris and cell death. Presently, the only known treatments include bone marrow transplantation and intravenous enzyme replacement therapy. These treatments are only marginally effective and clinically impractical, especially when the disease enters the central nervous system. Researchers at the Perelman School of Medicine at the University of Pennsylvania are closer to finding a better way to treat children suffering from this rare disease. The findings of the study are published recently in the journal Molecular Genetics and Metabolism.

To help restore normal levels of IDUA, the researchers applied gene therapy in an ongoing preclinical trial and discovered that exposure to the human IDUA protein early in the life of an MPS I canine model increased immune tolerance to the foreign gene. Typically, dogs elicit a strong immune response to the human IDUA protein, and it makes it difficult to test if gene therapy is effective.

It was seen that the gene therapy could be tested without interference from an immune response in the dogs exposed to the human IDUA protein early in life. The researchers observed that when the gene was delivered to the brain in these dogs, there was a widespread expression of the enzyme and brain lesions that typically occur in MPS I patients were resolved.

Christian Hinderer, PhD, a senior research investigator working to complete his medical degree in the MD-PhD program at Penn remarked that their approach can test new human gene therapies in relevant animal models and may also have clinical applications for the prevention of immune responses to gene and protein replacement therapies.

The researchers worked with Plott hounds, in which MPS I naturally occurs. These dogs were originally used to develop Aldurazyme, a substance used in enzyme replacement therapy that breaks down the protein fragments left in cells.

MPS I is one of the 50 rare inherited disorders characterized by defects in the lysosomes – compartments within cells filled with enzymes to digest large molecules. When one of these enzymes is mutated, molecules that are supposed to be broken down by that enzyme accumulate within the cell and their fragments are not recycled.

MPS disorders symptoms include vision and hearing problems, hernias, and heart problems. It is estimated that in the United States 1 in 25,000 births will result in some form of MPS. The life expectancy of individuals suffering from MPS I vary, but those with the most severe form don’t live beyond 10 years.

The reason why canine models are suitable for MPS I study is because dogs have similar CNS, heart, and brain features as humans with MPS I. Also, the canine brain is closer in size to humans and better recapitulates human disease. However, the problem is that these studies can be complicated by exaggerated immune responses against the human genes. In this study, the research team demonstrated that when dogs with a genetic deficiency of IDUA were exposed to the enzyme at an early stage, they were rendered immunologically tolerant to human IDUA.

An adeno-associated viral (AAV) vector was used by researchers to introduce normal human IDUA to glial and neuronal cells of the brain and spinal cord in dogs. It was aimed to treat the CNS manifestations of MPS I at the source. The researchers observed that after a single injection of the AAV9 vector into the spinal fluid, the enzyme expression exceeded normal levels in spinal fluid, and there was a complete reversal of the characteristic brain lesions of MPS I. The researchers are hopeful that these studies will help in the planning and design of first-in-human trials.