As per a new research published in The Lancet Infectious Diseases, a new gene (mcr-1) that makes bacteria to be highly resistant to polymyxins, the last line of antibiotic defence is widespread in Enterobacteriaceae taken from pigs and patients in south China, including strains with epidemic potential. This gene was found on plasmids, mobile DNA and can be easily copied and transferred between different bacteria, and the rate at which it can spread and diversify between different bacterial populations is a matter of high concern. 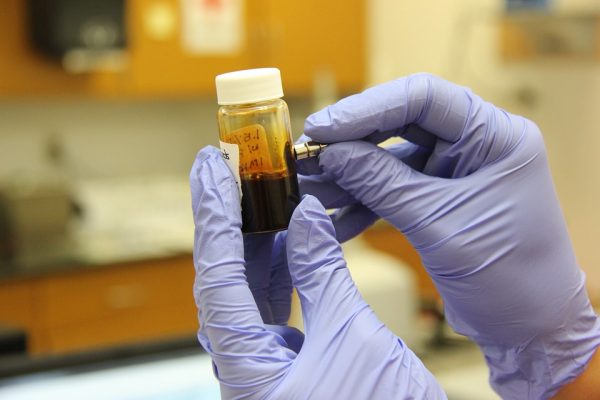 Professor Jian-Hua Liu from South China Agricultural University in Guangzhou, China expressed his concern and said that the results of the new research are extremely worrying. The polymyxins which includes colistin and polymyxin B were the last class of antibiotics in which resistance was incapable of spreading from cell to cell. It was understood that colistin resistance happened due to chromosomal mutations which made the resistance mechanism unstable and incapable of spreading to other bacteria. The study reveal that the first polymyxin resistance gene that can be easily transmitted between common bacteria has emerged as a result of which pan drug resistance could soon be inevitable.

The finding emerged during routine testing of food animals for antimicrobial resistance in China. The researchers isolated an E coli strain (SHP45) from a pig on an intensive pig farm in Shanghai that exhibited resistance to colistin that could be transferred to another strain. To confirm their finding they collected bacteria samples from pigs at slaughter across four provinces, and from pork and chicken sold in 30 open markets and 27 supermarkets across Guangzhou between 2011 and 2014. Bacteria samples from patients presenting with infections to two hospitals in Guangdong and Zhejiang provinces were also analysed. These samples were then tested for antibiotic susceptibility and the mcr-1 gene using polymerase chain reaction (PCR) and sequencing.

A high prevalence of the mcr-1 gene in E coli isolates from animal (166 of 804) and raw meat samples (78 of 523) was found and the worrying pattern was that the proportion of positive samples increased from year to year. It was also noted that the transfer was very high between E. coli strains. It was also found by the researchers that the mcr-1 gene has the potential to spread into other epidemic pathogenic bacterial species as a result of which diseases from pneumonia to serious blood infections could be widespread.

Professor Jianzhong Shen from China Agricultural University in Beijing, China who is also a co-author of the study said that a relatively low proportion of positive samples were found in humans compared with animals, which suggest that mcr-1 mediated colistin resistance likely originated in animals and subsequently spread to humans.

China is one of the world’s largest users and producers of colistin for agriculture and veterinary use and it seems likely that the selective pressure imposed by increasingly heavy use of colistin here could have led to the acquisition of mcr-1 by E. coli.

The authors opined that even though this trend is emerging in China, it is likely that mcr-1 will emulate other resistance genes like blaNDM-1 and spread worldwide. The use of polymyxins in animals needs to be re-evaluated and close international monitoring and surveillance of mcr-1 in human and veterinary medicine is needed.

China is not the only country that uses colistin in farming.  There are many countries, including in Europe, that use polymyxins in agriculture, and therefore the responsibility to acknowledge and address the use of antibiotics across human and veterinary sectors must be also global. The need of the hour is limitation or cessation of colistin use in agriculture. Failure to do so is likely to create a public health problem of major dimensions.