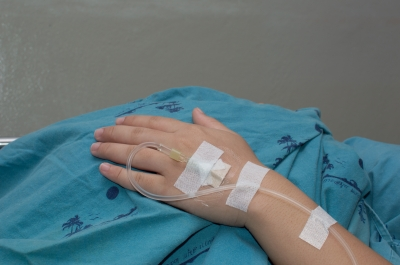 Pregnant mothers who have traumatic injuries get better experiences when treated at designated trauma centers.

According to new study results published online in the Journal of American College of Surgeons, pregnant mothers who experience traumatic injuries get better experiences when treated at hospitals that have a designated trauma center, as compared to those who are treated at non-trauma hospitals. These pregnant patients are less likely to have premature births, have a low birth weight baby, or have a meconium at delivery (which is a sign of fetal distress).

Around 8 percent of women who are pregnant experience traumatic injuries such as fractures, superficial or open wounds. According to study coauthor Major John T. Distelhorst, DO, MPH, and also a U.S. Army Preventive Medicine Physician at Fort Bragg, North Carolina, Previous research has shown that even minor injuries in pregnancy can result in serious maternal and neonatal morbidity. In cases of injury, pregnant women have had poor neonatal outcomes, so we wanted to know whether the trauma system could better help these women.

Trauma centers are medical facilities that specialize in monitoring and appropriately meeting the needs of injured patients. In non-pregnant populations, receiving care at trauma centers has certainly shown to decrease the risk of death and also improve outcomes after injury. On the other hand, there hasn't been much data regarding the impact of care in trauma centers with regards to women who are pregnant. The purpose of the study that was performed was to check whether there is a correlation between the type of hospital (trauma vs. non-trauma) at which women who are pregnant receive care, to maternal and neonatal outcomes.

The researchers used two databases for this study: the Washington State Birth Events Records Database and the Comprehensive Hospital Abstract Recording System. A total of 3,429 injured pregnant women who were hospitalized in Washington State between 1995 and 2012 were considered, and their neonatal outcomes were examined.

Study co-author Vijay Krishnamoorthy, MD, assistant professor of anesthesiology at the University of Washington says that Our study showed that about 16 percent of pregnant patients at non-trauma hospitals actually had severe injuries, implying that some of these patients might have been under triaged, as all of their care occurred at non-trauma hospitals. It might be explained by the EMS system or the fact that the patients were driven in a private vehicle to a non-trauma hospital. But we would like to learn more about how women are brought to the hospital.

As trauma treatment systems differ from one place to another, the researchers hope that their findings will pave a way to other researches using data from other populations in the United States. Dr. Distelhorst says that their data only includes the Washington State, which has a regionalized an inclusive trauma system. He says that their results can help improve the care that is given to injured pregnant women and their soon-to-be-born children, and could also possibly help in the improvement of trauma systems located in other states.

Dr. Krishnamoorthy adds that if this finding holds true in other places, it may change triage practice, which could possibly result to pregnant patients with injuries, even moderate ones, being treated in trauma hospitals instead of normal ones.