Home Life Style Wake The Genius In You
Advertisements 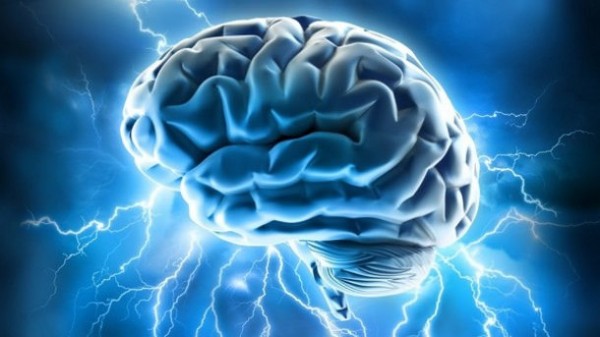 Many people look for subliminal messaging as a way to enhance their mental performance in different activities, such as in learning and memorization. Others rely on subliminal messages to alter behavioral patterns; many have been able to successfully quit smoking after several weeks of messaging therapy. Some people even claim that subliminal messages have helped cure their diseases. These messages have even found their way into television, as many commercials are using them to sway their viewers into wanting to buy their products.

Subliminal messaging faces much controversy and skepticism as to whether it is truly effective or not, and many scientists have attempted to refute its effects by labeling them simply as normal reactions to external stimuli. However, many people are still using it as an attempt to expand their mental horizons, and an innovative new software has been developed to help them do just that.

MindZoom Affirmations Subliminal Software aims to bridge the gap between the subconscious realm and waking consciousness using subliminal messaging. Created by a researcher and developer Dino Ruales of Self Improvement Technologies, the goal of MindZoom is to improve mental capacities, reinforce positive behavior, and subconsciously program the brain in any manner the user desires. The software consists of three main parts. The Affirmation Delivery Engine delivers thousands of images flashing rapidly across the computer screen so that the brain cannot help but internalize their message. The Silent Subliminal Message System uses audio as the influencing factor and translates inputted text into speech messages that are undetectable to the human ear but are received and processed by the brain. The third component, the MindZoom Subliminal Mixer allows users to mix in their own recorded messages with their choice of music to provide them with emotional support anytime they may need it.

Using the software to create personalized affirmations and input

allows users to configure the software to deliver whatever affirmations that they desire, or even to create their own personalized messages and input. For configuration, the software contains several affirmation files – such as anxiety control, overcome fears, enjoying different experiences, helping diets, and controlling jealousy. The user can control where the affirmations appear on the computer screen, as well as their display times and the successive intervals in between. The font color and size can also be easily adjusted. Voice affirmations are processed through the Subliminal Voice recorder where users can input their text and choose how the messages are vocally synthesized. The Affirmation Editor also allows people to create their own affirmations and edit, save, or delete any of their files. The Subliminal Mixer can collect any music files and combine them with the subliminal message and an audio beat. Users are able to edit all three elements until they are satisfied with their mixed file.

are in and the overall reaction is very positive. Many are looking to MindZoom to boost their performance in work and studies and in improving their overall confidence levels. Receiving thousands of affirmations a day has helped many people overcome issues with depression and stress. It has helped motivate many to overcome financial issues and relationship troubles. Many people have even reported achieving considerable weight loss and

being able to successfully stop smoking, drinking, and taking other vices. Users report having greatly improved memory, faster cognitive skills, better social skills, and greater creativity. Anxiety and panic attacks have completely stopped for many. People are finding it easier to simply feel happy and confident. The general consensus in MindZoom is overwhelmingly positive and many websites that have reviewed the software find it difficult to find any negative user comments.

MindZoom can be purchased online for a mere $47, which is a significantly small price as compared to paying for weeks of therapy. The Ruales’s software asks for an incredibly cheap price to pay for the life changing effects it has in store for users. Users can also opt to purchase the whole MindZoom software package. For $400, customers can get both the original MindZoom software and six bonus packages all with related content to subliminal messaging. The first package is an audio book that is an introduction to hypnosis, and the second is a series of subliminal audio programs. The other packages include books on mental life control, attaining successful financial status through positive thinking, and several hundreds of affirmations to encourage a healthy mental, physical, and emotional mindset. All these packages offer a one-time price in exchange for lifetime improvement.

The potential for a brighter future

The success of the MindZoom

Affirmations Software opens up a world of possibilities for both the potential capabilities of software and of subliminal messaging. It has shown the effectiveness of using computer software to initiate behavioral and psychological conditioning in people. This presents the possibility of software being used to further connect to and influence people in increasingly positive ways. While the effects of MindZoom have left many users satisfied and happy, this still cannot be used as a scientific basis to prove that subliminal messaging works. Despite this, MindZoom presents a very persuasive argument and shows that factual or not, its effects are greatly beneficial to many people and to society in general. Using MindZoom, people have the opportunity to better themselves and raise their children and the rest of the younger generation to be smarter and better people.

Get the self help PC tool to start your subliminal messaging experience. Click here!

Affirmations and the subconscious mind