In recent years, autism has become a more and more urgent problem. Current statistical data shows that in the past ten years, the percentage of children suffering from the disease grew 78 percent. One in 88 children is affected, and this number constantly grows. That is why knowing the specificity of autism and current methods of treating it becomes significantly important.

What does suffering from autism mean? 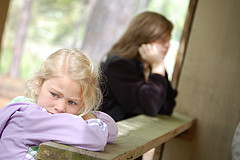 Autism is defined as a developmental disorder that it starts in early childhood and progresses in a course of time. Boys are four times more likely to have the disease than girls. It is characterized by weakened development of social skills including communication and interaction, sometimes motor and language skills, and specific behaviors (for instance, narrow and obsessive or repetitive interests and hobbies).

If there is an autistic child in the family, the family comes across all kinds of challenges financially, socially, and emotionally. The major stress that lies on parents is influenced by the variety of obstacles they have to overcome. However, the levels of difficulties are limited to the extent of the disease, and largely depends on whether there is understanding and social support for the child.

What is the cause and risk factors of autism?

This disease was identified approximately fifty years ago, and is still considered an under-researched area. Scientists haven't yet found the specific reason that provokes autism, due to the fact that it has a variety of symptoms that can result from different factors. However, specialists identify certain risk factors that limit groups especially susceptible to the disorder.

Problems may include not only high maternal age, but also cases of maternal prenatal medication use, bleeding, or mother's gestational diabetes.

There is a theory revolving around the complex nature of autism. According to it, autism is erroneously associated with several known neurological disorders. These disorders include tuberous sclerosis, cerebral dysgenesis, Rett syndrome, and certain biochemical defects affecting metabolism.

It is quite a controversial question whether autism is genetic. On one hand, tuberous sclerosis or fragile X syndrome which may be the part of the cause, are hereditary. There are whole families where autism passes from generation to generation or affects siblings. Nowadays, scientists struggle to detect the gene responsible for the autism.

On the other hand, the genetic predisposition of at least certain kinds of the disorder is highly questionable. The majority of autistic patients don't have family histories of the disorder, and are apparently ill due to the other reasons such as environmental factors.

It is important to mention that contrary to popular belief, there is absolutely no evidence that vaccines cause autism.

What is the optimal treatment for autism?

The best treatments for autistic children are educational programs and engagements in special vocational training. Such courses aim at the difficult task of teaching these children how to interact with others and implant important social skills.

However, there was recently a discovery that could be revolutionary in treating autism. American scientists introduced drugs that could reverse autism in mice. Suramin was previously used to cure African sleeping disease, but its new application in autistic organisms provided an unexpected result.

It appears that genetic and environmental causes of autism can be traced to a sustained cell danger response which is connected to immunity and inflammation processes when the communication between the cells stops. Suramin works at the molecular level, normalizing faulty brain connections, cell-to-cell signals transmission, and metabolic effects. Generally speaking, it affects the possible underlying causes of the disorder, reversing them before they start progressing.