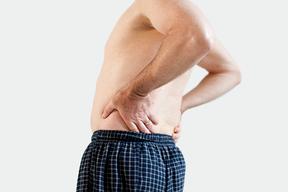 The Truth About Fibromyalgia

If you are suffering pain from almost every part of the body, you may have fibromyalgia. Fibromyalgia is a condition wherein there is widespread pain in the body along with unexplained fatigue. As a result, people affected by this disorder find it difficult to fall asleep, have frequent headaches, have irritable bowel syndrome and feel that their muscles are stiff. These symptoms differ from person to person and may vary due to changes in weather, the stress levels of the person and his or her level of physical activity.

The characteristic pain of fibromyalgia feels like an ache or a burning sensation. It may be stabbing at times. The person who has fibromyalgia is considered sensitive to pain and other stimuli, and his or her pain threshold is low. This condition is termed as hyperalgesia. Even a touch could be painful to the sufferer, a condition known as allodynia. Along with generalized pain, there may be muscle stiffness especially upon waking up in the morning. The stiffness can change to spasm in some instances.

A person who has fibromyalgia can also feel extreme tiredness or fatigue, the feeling of which may be similar to that who is suffering from flu. It can also lead to poor quality of sleep because of the pain and muscle spasms. In other cases there may be cognitive symptoms such as brain fog, wherein the person fails to remember new things, has problems with concentration and cannot speak fluently. Other symptoms include headaches, irritable bowel syndrome, numbness, tingling, ringing in the ears, painful menstrual periods, anxiety and depression.

Considering these signs and symptoms, what may be the possible causes of fibromyalgia? The exact causes are not known, however experts think that fibromyalgia may be caused by a disturbance in the way pain messages are created and transmitted. It can also be related to low hormone levels and to sleep problems. A person with fibromyalgia often has a problem with the way pain messages are transmitted within the body. There are disturbances in the way the nerves transmit pain messages to the brain and the spinal cord. This is why people with fibromyalgia are extremely sensitive to pain and feel a lot of aches all over the body. As to hormonal imbalances, people with fibromyalgia have been found out to have low levels serotonin, dopamine and norepinephrine. Serotonin is the substance responsible for affecting mood and appetite and for regulating sleep. Dopamine is the substance responsible for controlling behaviour and mood while norepinephrine is responsible for fight or flight reactions of the body during stress.

There are no medications which can totally cure fibromyalgia. This is why many researchers are currently doing work to find out if there are remedies that can help in this condition.

Recently, researchers from the Orthopaedic Hospital, Speising in Vienna, Austria have claimed that vitamin D supplements can reduce pain and fatigue in fibromyalgia. In their study consisting of 30 women with fibromyalgia and who have low serum calcifediol levels, it was found out that after 24 weeks, pain was lower and fatigue was lesser. The treated women also claimed to improve on physical functioning. More studies are needed to truly establish whether vitamin D supplementation can really decrease the symptoms of fibromyalgia.