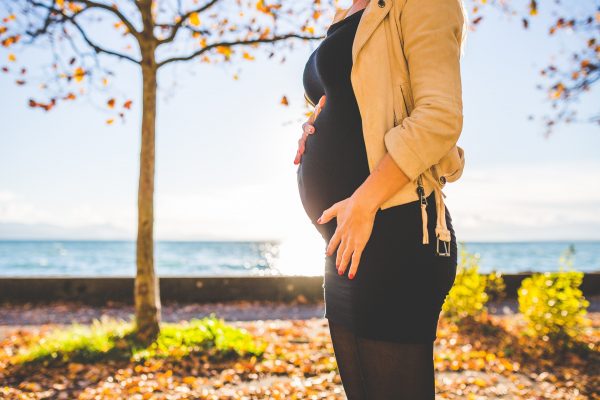 Fever in early pregnancy may be harmful. Research in animals suggests some defects could be prevented with a fever reducer.

Researchers have known for decades that fever in the first trimester of pregnancy increase risk for some heart defects and facial deformities such as cleft lip or palate. Exactly how this happens is unclear. Scientists have debated whether a virus or other infection source causes the defects, or if fever alone is the underlying problem.
Recent evidence indicates that fever interferes with the development of the heart and jaw during the first three to eight weeks of pregnancy. The findings, demonstrated in animal embryos, were published last October 10, 2017 in the journal Science Signaling.
The results suggest a portion of congenital birth defects is preventable by lowering the mother’s fever with the judicious use of acetaminophen during the first trimester, said senior author Eric Benner, M.D., Ph.D., a neonatologist and assistant professor of pediatrics at Duke.
“My hope is that right now, as women are planning to become pregnant and their doctors advise them to start taking prenatal vitamins and folic acid, they should also be informed if they get a fever, they should take a fever reducer, specifically acetaminophen (Tylenol), which has been studied extensively and determined to be safe during the first trimester,” Benner said.
The researchers studied zebrafish and chicken embryos to determine the impact of fever. scientists found that neural crest cells (critical building blocks for the heart, face and jaw) contain temperature-sensitive properties with ion channels found in sensory neurons.

Researchers engineered a non-invasive magnet-based technology to create fever-like conditions in two specific temperature-sensitive ion channels called TRPV1 and TRPV4 in the neural crest cells involved in developing the heart and face. When those neural crest cells were subjected to conditions mimicking a transient fever, the embryos developed craniofacial irregularities and heart defects, including double outlet right ventricle, Tetralogy of Fallot and other outflow obstructions.
The type of defect depends on what part of development (head, heart or face) the fever occurs. Researchers have yet to find out the severity and duration of fever impacts development.
Women should be educated about fever as a risk factor for birth defects and that they should ask their doctor the benefit from taking a fever-reducer such as acetaminophen if ever they develop a fever.

Global Warming Limit Could Avert Many Cases of Dengue Fever