Researchers are working on a pill to treat hemophilia, which would let patients with type B hemophilia have oral formulations of clotting factor IX instead of many weekly injections to keep bleeding under control. The study was funded by National Institute of Biomedical Imaging and Bioengineering. A team of researchers are working under the leadership of Professor Nicholas Peppas at the University of Texas at Austin’s Institute of Biomaterials, Drug Delivery, and Regenerative Medicine

Hemophilia B can be defined as a genetic disorder, which affects boys who have a defective factor IX gene that exists on the X chromosome they obtained from their mother. This leads to a deficiency of the factor IX protein, which the body needs for blood to clot. Though mothers transfer the defect, they do not have the disorder, as they have a normal factor IX gene on their other X chromosome. It is very uncommon, but there is a possibility that a daughter might inherit hemophilia if her father has it and her mother also carries the gene for hemophilia.

“Many weekly injections of factor IX is so hard for the boys who require the clotting factor to prevent potentially fatal bleeding incidents, also for their families” explained Peppas. “But, in working with these families, we soon found that there was also an emotionally challenging aspect for mothers, who take the burden that they passed this disease on to their sons. This has added necessity to our research since we know that oral dosage of factor IX could be a better relief for these families.”

If a patient were to swallow factor IX protein only, it would be rapidly digested by stomach acids and its biological activity would be lost as a clotting factor. Therefore, the researchers designed a protective polymer capsule that has many critical roles in altering the environment of the digestive tract.

First, the polymer is engineered to be impermeable to harsh stomach acids such as pepsin, in order to avoid factor IX protein from being digested. Second, the capsule passes on through the stomach and into the small intestine which has the protease trypsin. The polymer is designed to be degraded by trypsin, facilitating the intestinal fluids to enter and make the capsule swell. This swelling allows degradation of the capsule and ejection of the clotting factor into the bloodstream for absorption.

The latest version of the polymer has been enhanced from earlier designs since it is highly biodegradable in the neutral pH of the small intestine. The recent biodegradable capsule upholds a several-fold increase in the absorption of factor IX through the intestinal wall. The result is that each capsule can release more of the factor IX protein into the bloodstream.

Due to years of advancement in the polymer design of the capsule, the latest results in investigational cell culture systems denote that taking two capsules of the recent formulation orally can distribute as much factor IX similar to a single needle injection.

After accomplishing this benchmark, Peppas is working together with other players in the industry to speed up the required testing in animals, with the objective of moving forward to human clinical trials and FDA approval as soon as possible.

His research could provide a better treatment for hemophilia in the days to come. For more interesting insights on medical research, visit our site and subscribe to our newsletter. 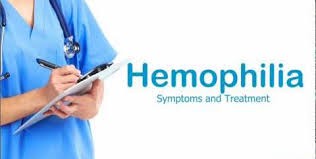