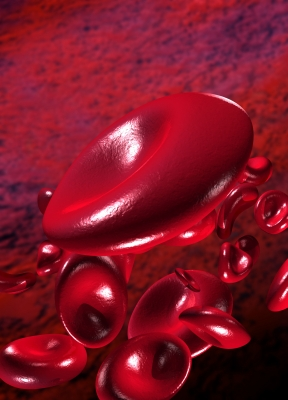 A rare bleeding disorder, called factor VII deficiency, has been corrected in a dog model by hematology scientists using a single injection of gene therapy.

Because of its success in the dog model, it is now considered to have a big potential in treating humans with the same bleeding disorder. The technique was said to be safe, effective, and long-lasting.

The research was published online last December 23 in the journal Blood. Team leader Paris Margaritis, D. Phil, a hematology researcher at the Raymond G. Perelman Center for Cellular and Molecular Therapeutics (CCMT) which is a part of The Children's Hospital of Philadelphia (CHOP), says that their findings are very important for patients suffering from factor VII deficiency. These dogs have the type of mutation found in the majority of patients with this disorder, so this approach could lead to a sustained gene therapy in people, adds Margaritis.

Factor VII (FVII) deficiency is quite a rare disorder, present only in about 1 in 300,000 to 500,000 people. In this disorder, a genetic mutation causes the lack of production of a blood clotting factor, causing people with this disorder to have severe bleeding after surgery or injury, and females with this disorder may have excessive menstrual bleeding as well.

FVII varies in severity, but with around 40 percent of patients having the severe phenotype of the disease. Patients are usually treated with habitual infusions of the clotting factor that is missing. In contrast to hemophilia, another clotting disorder that is more popular and most likely is seen in males, FVII equally affects both males and females.

The gene therapy technique that was used involved using a bioengineered adeno-associated virus (AAV), which is quite harmless, as a vector to deliver the gene related to the clotting factor that FVII patients lack. Over the past decade, researchers at CHOP have been using gene therapy techniques for hemophilia B and have conducted clinical trials for such. Margaritis actually leads a laboratory focused on both hemophilia as well as FVII.

We developed a unique animal model of this disease after identifying dogs with naturally occurring factor VII deficiency, said Margaritis. He further adds that their previous investigations have led to them being able to design the missing gene that FVII patients lack, which they also inserted into the virus vectors that they used in the study.

The scientists at CHOP collaborated with scientists at the University of North Carolina (UNC), who have had a long history of using dogs for hematology research.

Tim Nichols, M.D., who is professor of Medicine and Pathology at the UNC School of Medicine, was able to characterize FVII in four individual dogs. Using the vectors supplied by CHOP, Nichols injected the dogs with varying doses and monitored their outcomes for years. The dogs that were treated expressed levels of clotting factor VII that would be considered to be therapeutic in humans, and was stable for a long time. The treatment was also considered to be safe, as the dogs' kidney function, liver function, and blood measurements were quite normal.

This current study definitely is a big step towards using this gene therapy treatment for humans, and may specifically benefit young children suffering from the disorder.

Gene Treatment Through Skin Would Treat Many Diseases, Even Weight Problems