Home Living Healthy Gut Bacteria Could Cause Obesity and Diabetes 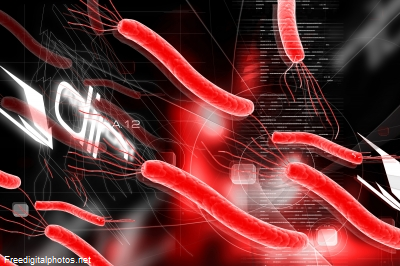 According to health researchers, an excessive amount of bacteria in the gut could cause the liver to change the way it processes fat, which could further complicate to become metabolic syndrome.

Metabolic syndrome is basically a group of conditions that include obesity, type 2 diabetes, high blood
pressure, high blood sugar, and an excessive amount of fat around the waist. Having 3 or more of these
conditions categorize you into having metabolic syndrome, and this also means you have a higher risk for
liver and heart diseases. According to the American Heart Association, in the United States, around 20 to
25 percent of adult Americans have metabolic syndrome.

According to the National Institutes of Health, Americans should add more fiber to their diets as this has
been found to have many beneficial effects on health. However, for a certain part of the population, this
advice could possibly be more harmful than helpful.

Matam Vijay-Kumar, an assistant professor of nutritional sciences and medicine at Penn State, says that
It is a common misconception that plant-derived dietary fiber contains zero calories.

Humans and mice cannot naturally digest these fibers, but their gut bacteria can actually convert these
fibers into energy-rich short-chain fatty acids such as acetic acid. After being absorbed and brought to the
liver, these fatty acids are unfortunately also converted to lipids and would add to the existing fat deposits,
which in turn may also cause the development of metabolic syndrome, most especially in people who lack
the toll-like receptor 5 (TLR5).

TLR5 is a receptor for bacterial flagellin and is a component of the innate immune system that is
responsible for maintaining gut-bacteria homeostasis. Around 10% of the human population has a TLR5
mutation, thus, people with this mutation have a weakened immune system that may cause them as well
to have metabolic syndrome.

Vijay-Kumar says that according to their study, the bacterial fermentation of dietary fiber and production
of short-chain fatty acids contribute to the deposition of fat in the liver. Now, for individuals with TLR5
deficiency for example, there would be possibly more gut bacteria, which would mean more production
of fatty acids that could be harmful to the liver.

In their study, published in Cell Metabolism, it was shown that there was a link between unchecked
bacterial fermentation, short-chain fatty acids and increased liver lipids. This causes non-alcoholic liver
disease which consequently causes liver damage. Results also showed that mice with TLR5 dysfunction
(and therefore gut bacterial overgrowth) and a high consumption of dietary fiber are at risk of adverse
consequences.

Most of the observations describing the beneficial effects of short-chain fatty acids in metabolic disorders
are from short-term studies and primarily from healthy subjects and experimental animals, according to
Vishal Singh, a postdoctoral fellow of nutritional sciences in Penn State. The next goal of the team is to be
able to see the long-term effects of these short-chained fatty acids, and to try them in animal models of
type 2 diabetes and/or metabolic syndrome. The main goal of these researches is to be able to provide a more personalized dietary intake especially regarding dietary fiber intake in immunocompromised patients.

To know more about gut bacteria, feel free to browse our other articles on this site.