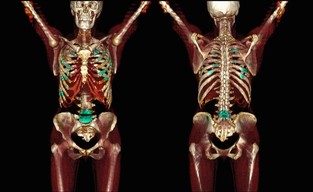 TREM-1 is a protein that promotes inflammations. Scientists who have been studying how cancer starts are now concentrating on this protein. It is understood that chronic inflammation is a huge promoter of cancer development and progression. Dr. Anatolij Horuzsko, immunologist at the Medical College of Georgia and Georgia Regents University Cancer Center said that this type of inflammation is quite subtle. One will not see any signs of it in the body like high fever, etc. But, that doesn't mean that it is not damaging. Such inflammation actually provides the advantage to mutated cells to avoid the immune response and become cancerous.

Horuzsko and his team have received a grant of $1.6 million from the National Cancer Institute for the study. The team of researchers is hoping that this grant will help them in finding out if bringing down the curtain on TREM-1 blocks liver cancer development and possibly other cancers like colorectal, lung, and cervical cancer which are also associated with inflammation.

A handful of immune cell types – neutrophils, monocytes, and macrophages express TREM-1. However, normal healthy liver cells do not exhibit it. In the liver, TREM-1 can be found in Kupffer cells, which is a resident macrophage that’s basically a cellular garbage disposal that devours invaders, waste and even cancer cells.

Horuzsko study also found that another protein “ HMGB1 which is present in the cell nucleus and is responsible for keeping the DNA organized is released from cells damaged from years of exposure to chronic inflammation. He discovered that when it is released HMGB1 activates the previously dormant TREM-1 in the Kupffer cells. This results in an amplified inflammation which promotes production of more liver cells in order to replace the dead and dying. However, the problem is that the new cells are mutated and cancer-prone. TREM-1 continues supporting inflammation and it prevents the dangerous new cells from dying.

If an individual were healthy, a few wayward cells could be taken care of by the body. However, when the liver is in a state of constant stress, it attracts inflammatory cells from other parts of the body and it moves on in a state of chronic inflammation. That in turn increases the cancer risk.

The chronic state of inflammation also produces a scar-like tissue which replaces the healthy liver tissue resulting in liver diseases like fibrosis and cirrhosis. In a course of 10-20 years, it could result in fatal liver cancer. The scientists are of the opinion that TREM-1 supports scar tissue formation by activating stellate cells which typically remain dormant unless there is a damage or injury to the liver.

Horuzsko’s study has shown that when exposed to a known carcinogen liver cancer is caused in mice, and these cancer cells contain TREM-1. It is also noted that those mice which are deficient in TREM-1 have a dramatically reduced risk of induced liver cancer after such exposure.

In order to further find out its therapeutic potential, normal mice are exposed to a carcinogen. Simultaneously, the mice are given a short-acting peptide that blocks TREM-1, in the anticipation that it will reduce the liver cancer risk in the mice to that of the TREM-1 deficient ones. Since, the research peptide Horuzsko is using would disappear in patients in just a few hours, while therapy could be needed long term to help prevent liver cancer, he is simultaneously working on a more powerful inhibitor.

He also plans to learn more about what happens between HMGB1 and TREM-1, what regulates TREM-1 on liver cancer cells, and TREM-1’s role in cancer proliferation and survival. He added that he also wants to experiment by removing TREM-1 from tumor cells and see if that will prompt tumor regression.