A new study, published in the online edition of the Journal of the National Cancer Institute, reveals that a new biomarker could be responsible for accurate predictions on breast cancer recurrence in women previously treated with tamoxifen. Researchers from the MGHCC (Massachusetts General Hospital Cancer Center) report that the ratio between the genes known as HOXB13 (responsible of encoding the homeobox protein Hox-B13) and IL17BR (responsible for encoding the Interleukin-17B receptor) could be used to indicate women that would only need treatment with letrozole (an aromatase inhibitor) and women who are at risk for breast cancer recurrence.

According to Dennis Srgoi, the lead author of the study, the majority of patients with an early stage of ER-positive breast cancer can show no signs of recurrence in the first five years after undergoing treatment with tamoxifen, however, they still have a chance of cancer recurrence after 15 or more years after the initial tamoxifen therapy. He also added that the new biomarker is capable of identifying the subgroup of patients that still have a high risk of breast cancer recurrence after tamoxifen, whilst also revealing the subgroup of patients that will best benefit from the letrozole therapy.

Precedent studies lead by professor Sgroi revealed that the ratio between the expression of two genes, HOXB13 and IL17BR, can determine the cancer recurrence of ER-positive/lymph-node-negative breast cancer, regardless if the patients had received treatment with tamoxifen. Sgroi’s current study was meant to discover the prediction potential of the HOXB13/IL17BR ration for both prognosis and identification. The prognosis part refers to the prediction of recurrence in tamoxifen-treated patients. The identification part refers to identifying the patients who would benefit the most out of a continued treatment with letrozole.

The analysis of the samples revealed that if the expression level of the HOXB13 gene is greater than that of the IL17BR gene, there is an increased risk of breast cancer recurrence after tamoxifen treatment. However, this risk is significantly lowered if the patient receives treatment with letrozole. Professor Paul Goss, the co-author of the study, reports that their findings show that approximately 60% of the women suffering from this type of breast cancer can be spared of unnecessary treatment. Furthermore, the 40% of patients who have an increased risk of cancer recurrence are now identifiable, thus allowing doctors to start treatment with letrozole and reduce mortality rates. 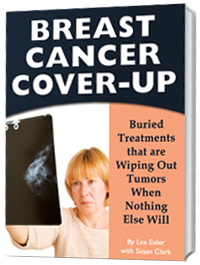