What is Ovarian Cancer?

Ovarian cancer is a type of cancer that involves the ovaries. The ovary is the female gland for reproduction. In it are found egg cells which later on become fertilized in the uterus to form an embryo. A pair of ovaries is located in each side of the uterus or womb. The ovaries are the organs responsible for the production of female hormones estrogen and progesterone. These hormones are responsible for regulating the menstrual cycle as well as pregnancy and the development of female characteristics such as body shape, body hair, breasts, etc. Every month, one egg is released from either of the two ovaries. The egg then travels through the fallopian tube and into the uterus. This is known as ovulation. 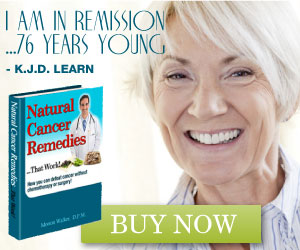 In ovarian cancer, the ovaries are affected by cancer as well as the surrounding areas such as such as the stomach, vagina and uterus. Ovarian cancer more commonly occurs in women aged 65 or over, but can affect women of any age. Cancer occurs when cells grow out of control until it forms a mass of cells called a tumor. Tumors that stay in one place and have limited growth are called benign tumors. On the other hand, those tumors that invade other parts of the body through the blood or the lymphatic systems and destroy healthy tissue while creating new blood vessels are known as malignant tumors. Tumors that spread to other parts of the body and grow are known as metastatic tumors. They tumors can invade and destroy healthy tissue. When the tumor metastasizes, it becomes difficult to treat.

Initially there may be vague or no symptoms of ovarian cancer; however there may be gradual worsening of symptoms. Earlier symptoms may include pain in the pelvis, pain on the lower side of the body, pain in the lower stomach, back pain, indigestion or heartburn, feeling full rapidly when eating, more frequent and urgent urination, pain during sexual intercourse and changes in bowel habits, such as constipation. As ovarian cancer progresses, there may be nausea, weight loss, breathlessness, fatigue (tiredness) and loss of appetite.

Recently, researchers from the University of Arizona Cancer Center at St. Joseph’s Hospital and Medical Center in Phoenix reported in Lancet Oncology that a new treatment for ovarian cancer can improve response rates (increase the rate of tumor shrinkage) and prolong the time until cancers recur. This drug, known as Trebananib (formally known as AMG 386; Amgen) is a first-in-class peptide-Fc fusion protein (or peptibody) that targets angiogenesis (the growth of new blood vessels into cancerous tumors) by inhibiting the binding of both angiopoietin 1 and 2 to the Tie2 receptor. This is very different mechanism of action than other agents that also effect angiogenesis by inhibiting vascular endothelial growth factor (VEGF) such as bevacizumab (Avastin; Genentech). This drug also does not increase the risks of hypertension (high blood pressure) and bowel perforation like bevaciuzmab, but still has a similar impact on tumor shrinkage and delaying cancer progression.