Keratosis Pilaris, also known as follicular keratosis, lichen pilaris, or simply KP, is a common genetic, follicular (a term usually pertaining to a small spherical group of cells containing a cavity, and in this case refers to body hair) disorder that results in white, sometimes red, blotchy, rash-like bumps on the surrounding skin.  It does not occur in certain regions of the skin such as the hand, palms or soles of the feet.  When manifested on the face, it is often confused with acne.  Although the rash rarely hurts and is a source of embarrassment to the one afflicted, the condition usually goes away by the age of 30.  Aside from the discoloration and annoying texture, the syndrome produces a dry, rough and sometimes itchy skin in the areas with the bumps. It worsens in winter, when humidity is low and the skin tends to be drier.

What Cause Keratosis Pilaris?

Keratosis pilaris is often mistaken for whiteheads or blackheads (both are pores filled up with excess surface body oil), depending on the original color of the skin, producing sandpaper-like goose bumps. The disorder occurs when the human body produces excess keratin, a natural cream colored protein in the skin. This surplus surrounds and entraps the hair follicles in the pore. This causes the formation of hard plugs hence, it is often mistaken for whiteheads or even globules of pus known as hyperkeratinization. Many keratosis pilaris bumps contain an ingrown hair. This is a result of the keratinized skin capping of the hair follicle, preventing the hair from exiting. The hair grows encapsulated inside the follicle.

One of the ways in which keratosis pilaris is often aggravated is by picking at the bumps, tearing or breaking the skin that can induce infection.  Such actions can actually cause much worse conditions, depending on the ensuing infection and cause the scarring associated with severe acne and other skin disorders to occur.  Another mistaken self diagnosis can occur in cases of excessive oily skin.  The cells that produce skin and those that produce oil are linked causing the person with an over oily skin to develop scaly, red, blotchy skin, particularly on the face.  Such a condition requires not moisturizing, but drying treatments. Most of the time, many sufferers of keratosis pilaris erroneously conclude that moisturizing lotions can help relieve the problem.

No laboratory or skin test exists to accurately diagnose keratosis pilaris. Instead, it is typically identified by a physician's careful examination and a review of the patient's medical history. A doctor will ask questions about symptomatic signs that may indicate the presence of the condition such as:

Keratosis pilaris is metabolically harmless and medical treatment is often not necessary. Minor cases of keratosis pilaris are usually self healing.  However, many individuals may desire treatment for it for cosmetic reasons. 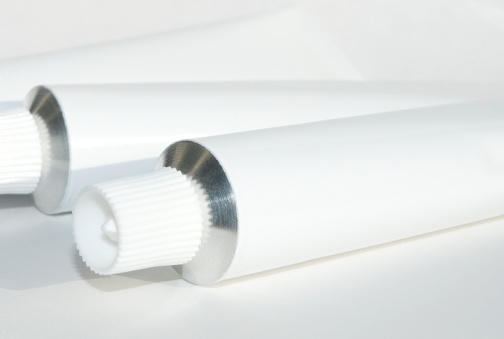 Local cream applications and lotions are the most common treatment for keratosis pilaris, particularly those consisting of moisturizing treatments like tretinoin (carbolic acid from Vitamin A), glycolic acid,  salicylic acid, urea, Vitamin D, lactic acid and topical retinoids (any of various synthetic or naturally occurring analogues of vitamin A).  Compounds derived from vitamin A (retinol) and retinoids constitute a new and important therapeutic addition to a wide variety of dermatologic ailments. Their actions on the skin are similar to those of vitamin A itself and include inhibition of inflammation, keratinization, and cell overproduction.


Steroid creams can be used very effectively to reduce redness, but steroids are never to be used long-term as it is known to have resulted in many different deleterious side effects such as the following:

Laser therapy has been successfully used for certain types of keratosis pilaris involving severe redness and inflammation.  Treatment involves passing the laser beams (intense bursts of light) into the targeted areas of the skin.  Repeat treatments may be required in sessions over the course of a few months, depending on your response.

There is no one-size-fits-all, or guaranteed solution for keratosis pilaris.  Using medications regularly may improve the appearance of your skin.  If treatment is stopped, however, the condition returns.  Even with specialized and supervised medical treatment, keratosis pilaris tends to persist for years.

You can use non-soap cleansers instead of soap when washing the face, Ordinary soaps may dry the skin and can make the condition worse. Lukewarm showers may be better than hot baths too. Skin improvement often takes months, and the symptoms are more likely than not to return. Long, hot baths followed by exfoliation on the affected areas with a coarse washcloth or stiff brush may help unplug pores. Above all, the professional help of a dermatologist can help in accurately diagnosing the condition and you can get the proper treatment for keratosis pilaris.

Do you worry about keratosis pilaris? Click Here! to find the solution.